Cecylia Bocovich posted a graph that shows a sudden shift in the circumvention transports used by Tor users in Belarus, on about 2021-02-13. obfs4 users decreased from about 2500 to 1500, while meek users increased from 0 to 1000. Relay users did not show a change, continuing a slow increase since October 2020. 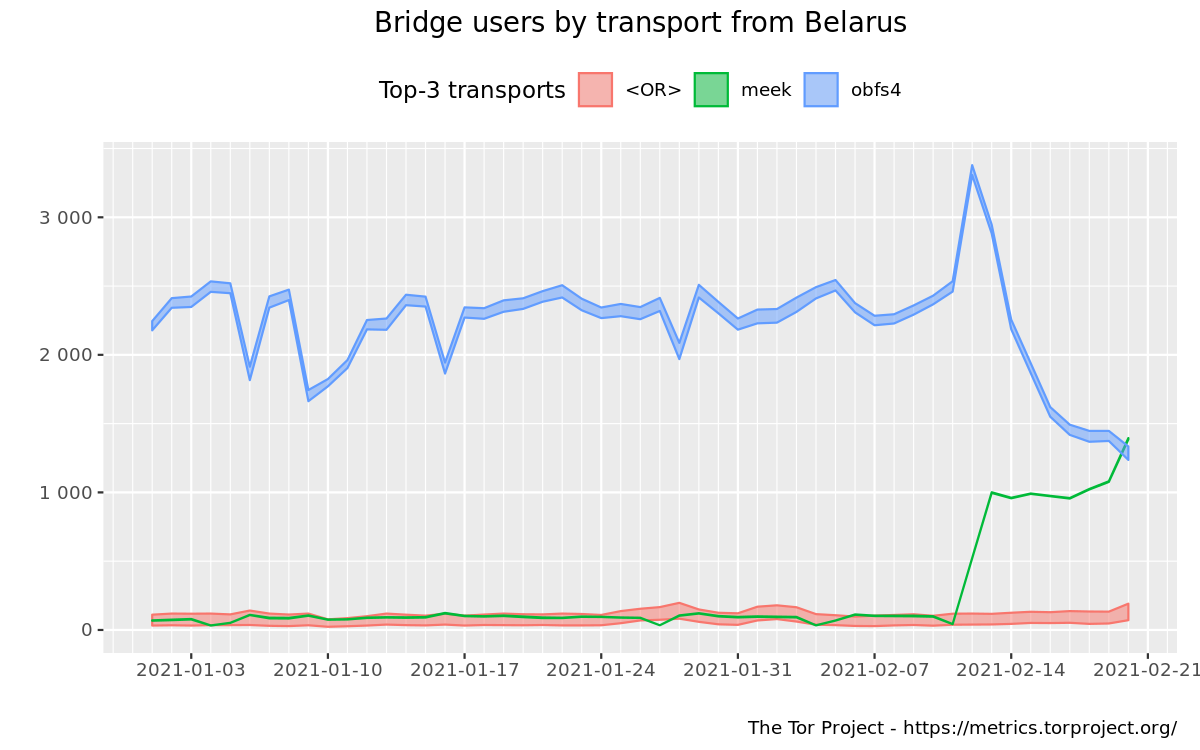 A hypothesis for what’s shown on the graph is that some obfs4 bridges were blocked (probably the default obfs4 bridges whose addresses are not secret) and users switched to meek. But there are other possible explanations: like perhaps Tor is bundled with some common app in Belarus, and it pushed a configuration change. Is anyone here aware of reports of obfs4 blocking recently in Belarus?

I don’t see anything unusual at the same time for Psiphon users in the Psiphon Data Engine: