Some time ago I spotted IP addresses from Belarus refreshing https://torscan-ru.ntc.party, back when there was a scanner page. The page was refreshing every 30 seconds. I’ve temporary banned the IP address, but another Belarus addresses appeared doing the same.
Now people report that ntc.party is banned in Belarus from some of the ISPs.

It seems that the blocking has started earlier than March.
According to OONI data the website ntc.party presents some anomalies at least since January in AS6697, few measurements in AS50334 present also anomalies during March. 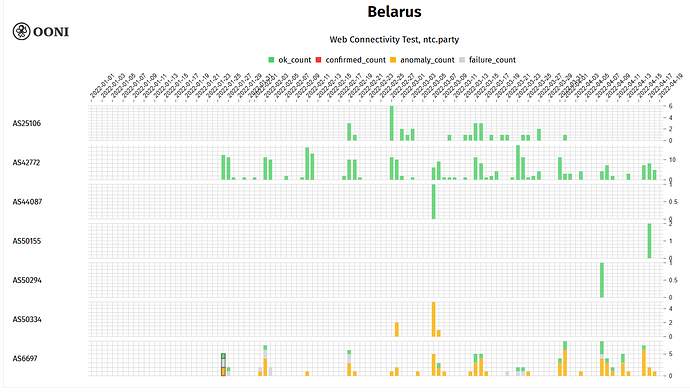